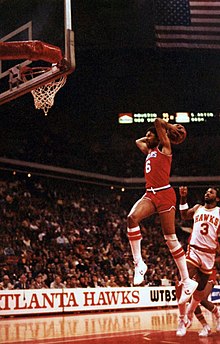 Today is the anniversary of an important date in the history of communications. On this date in 1963 in Geneva, Switzerland, the United States and the Soviet Union signed what was called the “Hot Line Agreement,” which established a direct communication link between the two superpowers. 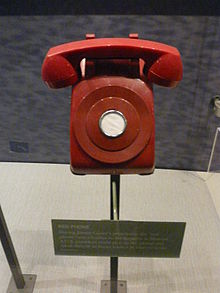 After the Cuban Missile Crisis of October 1962, it became abundantly clear that without prompt, direct communication between the heads of state in the East and the West, tragic miscommunication leading to nuclear war might result. During the 1962 exercise in brinkmanship, President John F. Kennedy and Soviet leader Nikita Khrushchev were forced to use intermediaries in their communications.

The Hot Line Agreement was the first bilateral agreement between the U.S. and the Soviet Union and the first step in recognizing that cooler heads should prevail when it comes to the Cold War maneuvering of the nuclear powers (1).

It was the Soviet Union that first proposed the hotline in 1954. The word hot line first appeared in print in 1955, and the word brinkmanship, meaning the art of advancing to the very brink of war but not engaging in it, first appeared in 1956 (2).

Probably the most famous demonstration of the red phone comes to us via Hollywood rather than the history books. In the 1964 film Dr. Strangelove, President Merkin Muffley, played by Peter Sellers, struggles to tell Soviet Premier Kissoff that an insane American general has ordered a nuclear bombing mission on Russia.

President Merkin Muffley: . . . Now then, Dmitri, you know how we’ve always talked about the possibility of something going wrong with the Bomb… The Bomb, Dmitri… The hydrogen bomb!… Well now, what happened is… ah… one of our base commanders, he had a sort of… well, he went a little funny in the head… you know… just a little… funny. And, ah… he went and did a silly thing… Well, I’ll tell you what he did. He ordered his planes… to attack your country… Ah… Well, let me finish, Dmitri… Let me finish, Dmitri… Well listen, how do you think I feel about it?… Can you imagine how I feel about it, Dmitri?… Why do you think I’m calling you? Just to say hello?… Of course I like to speak to you!… Of course I like to say hello!… Not now, but anytime, Dmitri. I’m just calling up to tell you something terrible has happened… It’s a friendly call. Of course it’s a friendly call… Listen, if it wasn’t friendly… you probably wouldn’t have even got it . . . .

Today’s Challenge: Hot ‘N’ Cold
Below are descriptions of expressions that contain either the word hot or cold. Given the number of words in each expression along with a description, see if you can name the phrase:

What are more examples of common expression or idioms in English that feature the words “hot” or “cold”?  Use one of these expressions as a launching pad for an original composition.  Use the idiom as your title, and write at least 250 words. (Common Core Writing 2/3 Expository/Narrative)

1 – United States Department of State. Memorandum of Understanding Between The U.S. and the U.S.S.R. Regarding the Establishment of a Direct Communication Link