On this day in 1997, 13 year-old Rebecca Sealfon of Brooklyn, New York won the Scripps National Spelling Bee.   The winning word was euonym, which means “a name well suited to the person, place, or thing named.”  For example, the name Bill Mansion would be a euonym for a realtor. 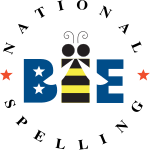 The Greek suffix –onym, meaning “name or word” is found in many words that identify categories of words.  In short, these words ending in –onym are “words for words.”

Here are some examples:

Acronym:  Words made up of the initials of other words, such as NASA or SCUBA.

Antonym:  Words with the opposite meaning, such as love and hate.

Capitonym:  Words that change pronunciation and meaning when capitalized, such as august or nice.

Contronym:  Words that are their own antonyms, such as bolt or weather.

Eponym:  Words derived from proper names, such as quixotic, which derived from the literary character Don Quixote.

Heteronym:  Words that are spelled the same but have different meanings and pronunciations, such as produce and entrance.

Pseudonym:  A pen name, such as Mark Twain for Samuel Clemens.

Retronym:  An adjective-noun pairing that evolves because of a change in the noun’s meaning, such as acoustic guitar.  The adjective acoustic became necessary with the development of the electric guitar.

Toponym:  Words derived from the names of specific geographic locations, such as the word bikini, which was named after Bikini Atoll in the Marshall Islands.

Synonym:  Words with the same, or nearly the same, meaning, such as buy and purchase.

Quotation of the Day:  A synonym is a word you use when you can’t spell the other one. -Baltasar Gracian