Today is the anniversary of the first meeting between Samuel Johnson (1709-1784), the author of the landmark Dictionary of the English Language, and his biographer James Boswell (1740-1795) (See June 18:  Dictionary Day). The two men met in Davies’s London bookshop in 1763, and established a relationship that would allow Boswell to produce what is recognized as the greatest biography ever written: The Life of Samuel Johnson, published in 1791. 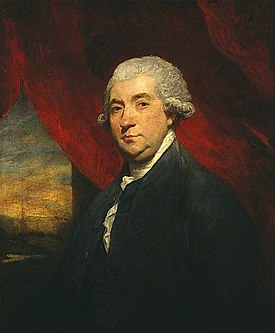 A number of words feature the graph root as it relates to writing. Here are words and definitions from English Vocabulary Quick Reference by Roger S. Crutchfield (1):

Autobiography: The story of one’s life written by oneself (auto-, self)

Autograph: Written or made with one’s own hand, as a signature (auto– self)

Cryptography: The art or science of writing and deciphering secret codes (crypto, secret)

Dysgraphia: Impairment of the ability to write (dys-, impaired)

Lexicography: The branch of linguistics dealing with the writing or compiling of dictionaries (lex, word)

If you are a bit behind on your reading of biography, an excellent way to get caught up is to read the book 1,000 Years, 1,000 People: Ranking the Men and Women Who Shaped the Millennium. As the title suggests, this excellent book features 1,000 mini-biographies that are models of concise and clear prose. In addition, the authors created what they call the BioGraph System of ranking each of the 1,000 people. To lend some objectivity to their process, they created a list of five specific criteria and awarded points in each category. For example, number one on the list is Johannes Gutenberg with a score of 21,768 and number 1,000 is Andy Warhol with 1,000 points (2).

Criteria for Inclusion in the Top 1,000 People of the Millennium:

Who are at least ten people whose biography or autobiography you would like to read? Brainstorm the top ten people you would like to read about in a biography or autobiography.  Then, for your top person, write a brief biography that provides background details on who the person is and why you believe they lived an influential life.  Identify at least two key general principles that can be drawn from the individual’s life and applied to helping anyone live a fuller life. (Common Core Writing 2 – Expository)

Quotation of the Day: Be not afraid of greatness: some are born great, some achieve greatness, and some have greatness thrust upon them. –William Shakespeare in Twelfth Night.