On this date in 1978, two songs tied for Song of the Year at the 20th Annual Grammy Awards held in Los Angeles.  The two songs were Barbra Streisand’s “Evergreen” (Love Theme from A Star Is Born) and Debby Boone’s “You Light Up My Life.”  It was the first time in Grammy history that there was a tie for Song of the Year.  Today neither song has stood the test of time as a quality song.  The best choice in retrospect would have been the Eagles “Hotel California,” which also nominated and which still receives airplay today.  Fans of the Eagles will find solace, however, in the fact that “Hotel California” did win the Grammy for Record of the Year (1). 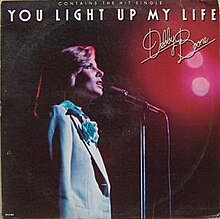 Quotation of the Day:  Putting two songs together, I’ve always loved that trick when it works.  -Paul McCartney