Today is the anniversary of an editorial by Charles Dudley Warner published in the Hartford Courant in 1897. The subject of the editorial is long forgotten, but one line from the article lives on as a famous quotation: Everybody talks about the weather, but nobody does anything about it.

Although many credit Warner with the funny line, some argue that it really should be credited to Mark Twain, who was a friend and collaborator with Charles Dudley Warner. Ralph Keyes, the author of The Quote Verifier, comes down on Twain’s side, saying that the wording of the editorial reveals that Warner got the quote from Twain: “A well-known American writer said once that, while everybody talked about the weather, nobody seemed to do anything about it” (1). 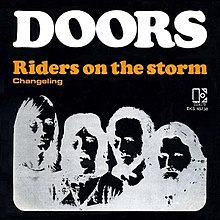 Weather or not Twain said it (pun intended), there is no doubt that weather has rained down on the English lexicon. Many of our everyday idioms are weather related, and some of our common words have meteorological origins:

Astonish: Being struck by thunder would certainly be an astonishing experience. This word comes to English via the French estoner which in turn was derived from Latin ex = out + tonare = to thunder. Thus the literal translation of astonish is thunderstruck.

Window: This word comes from the Norse vindauge which comes from vindr = wind + auga = eye. Thus a window is the “wind’s eye.”

Lunatic: For centuries people have considered the effects of the moon on the weather and the varying moods of earthlings. Because the moon does affect ocean tides, it does have an indirect impact on the weather. There is less evidence, however, to prove the moon’s relationship to the human psyche. Nevertheless, the word lunatic is derived from Luna the moon goddess, who in myth would sometimes toy with the sanity of mortals (2).

Here are a few examples of weather idioms, where the weather is used as a metaphor for some aspect of human experience:

A port in storm, Chase rainbows , Cloud nine , Cloud of suspicion , Fair-weather friend , Head in the clouds , Greased lightning, Shoot the breeze , A snow job , Steal someone’s thunder, Tempest in a teapot , Under the weather

Today’s Challenge: “Over the Rainbow”

What are some songs that talk about the weather, either literally or figuratively?  What would you argue is the single best weather-related song?  Brainstorm a list of songs that deal with weather, and select your favorite.   Make your argument by explaining what makes the song great and by explaining how the lyrics reflect the weather, either literally or figuratively.

For example, in The Beatles song “Good Day Sunshine,” the sunny weather parallels the sunny disposition of the singer who is happily in love.  In contrast, The Beatles song “Rain” uses the weather to reflect philosophically on the capricious nature of humanity. (Common Core Writing 1 – Argument)