Today is the anniversary of the first veto in American presidential history. On this day in 1792, President George Washington was presented a bill that would apportion representatives among the states, and he vetoed it. The word veto has its roots in Latin, literally translated I forbid. It dates back to the days of the Roman Senate when the Roman tribunes had the power to unilaterally refuse Senate legislation. 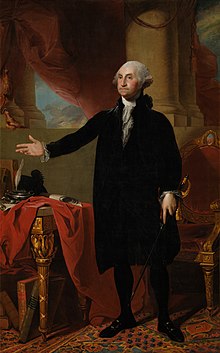 For more than 2,000 years, English has borrowed liberally from Latin, the most important language in European history. Long before English was established as a language of note, let alone a global language, Latin was the language of the Roman Empire, and even after the fall of Rome, Latin survived, evolving into what we know today as the Romance Languages: Italian, Spanish, Portuguese, French, and Romanian. Until the 20th century, Latin was the prestige language of government, religion, and academia. No wonder when a new republic was established in America, it turned to Latin words for its legislative practices and to Latin mottoes for its currency.

As noted by Wilfred Funk in Word Origins and Their Romantic Stories, some Latin words were Anglicized as they were adopted into English, a Germanic tongue. Hundreds of other words, however, came into English with little to no changes in spelling, which is one of the reasons English spelling is so idiosyncratic. Here are some examples of Latin words adopted directly into English:  recipe, vim, memorandum, stimulus, vacuum, veto, via, item, exit, minimum, affidavit (1).

Another rich source of English vocabulary is Greek, without which we would not have words like politics, rhetoric, and democracy.

When you think of the word “politics” or “government,” what words come to mind?  Brainstorm a list of at least ten words you would associate with government and/or politics.

In his Political Dictionary, William Safire explores the meaning and history of over 1800 words and phrases that, like veto, have distinctive meanings in the context of government and politics.  The following is a small A to Z sample:

Research one word from Safire’s list or from your own.  Define the word, giving examples of how it is used in government and politics, along with some specific examples.  Also, research the word’s etymology. Does it come from Greek or Latin, like so many other political words do? Or, does it have a different origin? (Common Core Language 4 – Vocabulary Acquisition and Use)

Quotation of the Day:  . . . one ought to recognise that the present political chaos is connected with the decay of language, and that one can probably bring about some improvement by starting at the verbal end. If you simplify your English, you are freed from the worst follies of orthodoxy. You cannot speak any of the necessary dialects, and when you make a stupid remark its stupidity will be obvious, even to yourself. Political language . . . is designed to make lies sound truthful and murder respectable, and to give an appearance of solidity to pure wind. -George Orwell in “Politics and the English Language”