On this day in 1976, the film Taxi Driver was released.  The film is a psychological thriller that tells the story of a New York taxi driver, played by Robert De Niro, and his descent into insanity, which includes a plot to kill a presidential candidate.

While the events of Taxi Driver are fictional, there is a very real psychological battle going on in the streets of London, England, where potential London taxi drivers must use their minds to conquer one of the most taxing of all exams.

The streets of London are such a confusing labyrinth that taxi drivers are required by the city to pass a grueling exam that tests their ability to recognize and navigate the city’s 25,000 streets.  The exam is appropriately called “The Knowledge.”  Most drivers spend three to four years studying and practicing for the exam, and even after investing all that time and effort, only about 50 percent pass.

Seeing a unique opportunity to study the human brain and its memory, neuroscientist Eleanor Maguire of University College London designed an experiment to determine how much the intensive study by London’s cabbie actually impacted the growth of their brain.  Specifically, Maguire was interested in the hippocampus, a seahorse-shaped part of the brain’s limbic system, integral in the formation of new memories and in the retention of long-term memory.

Maguire followed two groups:  one was made up of 79 cabbie candidates and the other was 31 people who did not drive taxis but were similar in age, education, and intelligence to the drivers in training.  At the start of the study, Maguire measured the size of all the participants’ hippocampi with magnetic resonance imaging (MRI).

After four years, MRIs revealed that the hippocampi of the 39 trainees who had passed “The Knowledge” grew larger.

There are several ways to explain the ballooning hippocampus. The hippocampus may grow new neurons or hippocampal neurons may make more connections with one another. Non-neuronal cells called glial cells, which help support and protect neurons, may also contribute to the increase in hippocampal volume, although they are not generated as quickly as neurons.

In recognition of her research on hippocampal plasticity, Eleanor Maguire was awarded the 2003 Ig Nobel Prize in Medicine.  The Ig Nobel prizes are awarded each year to scientists whose work “first makes people laugh — then makes them think” (2).

Recall, Retrieve, Recite, Ruminate, Reflect, Reason: What is neuroplasticity and the hippocampus, and why should everyone, not just taxi drivers, be interested in Eleanor Maguire’s research?

Challenge – First Laugh, Then Think:  Do some research on past winners of Ig Nobel Prize. Find one study that you find particularly interesting. What was the study, and why do you find it interesting?

-February 8th Each Year:  Parinirvana is a Buddhist festival that commemorates the death of Buddha.  Buddhist’s believe that having attained enlightenment in his lifetime, Buddha left this world at 80 years-old in a state of meditation, free from the cycle of death and rebirth.

-February 8, 1834:  Russian chemist Dmitry Mendeleev was born in Siberia.  Mendeleev’s great invention was his Periodic Table of Elements, which he said came to him in a dream:

In a dream I saw a table where all the elements fell into place as required. Awakening, I immediately wrote it down on a piece of paper.

Today is the birthday of American writer John Grisham whose books have sold over 300 million copies and been translated into 40 languages. 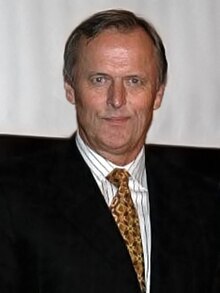 Born in Arkansas in 1955, Grisham was a small-town lawyer in Mississippi before he was a writer of legal thrillers.  His first book A Time to Kill had limited success; the book’s initial printing of 5,000 copies did not sell out (1).

Luckily Grisham continued to write.  In 1973, he read an article by Brian Garfield in the magazine Writer’s Digest entitled, “10 Rules for Suspense Fiction.”  Grisham applied these best practices in his second book The Firm, and they worked.  The Firm was a phenomenal success, remaining on the New York Times bestsellers lists for 44 weeks.  Later the book was made into a feature film starring Tom Cruise.  Garfield’s rules must work for movies too — to date, eight other books by Grisham have been made into films.

The 10 Commandments of How to Write a Thriller

What rules for success or best practices would you put down in writing for a specific area of your expertise or for life in general?  Brainstorm some specific areas where you have expertise and experience — hobbies, sports, academic disciplines, etc. Then, think about how you would state some concise rules for success based on your personal experience.   As in Brian Garfield’s list, write your rules concisely, and make them parallel, stating each one in the imperative form — beginning with a verb.  Write at least three rules, and follow each of your rules with some examples and explanation. (Common Core Writing 2 – Explostory)

Quotation of the Day:  There are three rules for writing a novel. Unfortunately, no one knows what they are.  –W. Somerset Maugham