Two seemingly unrelated events that happened on this date, 151 years apart, merge to illuminate the endless vitality of the English language. 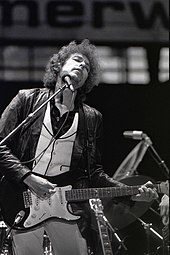 Besides the date, these two events both deal with inventions that were later improved upon or at least altered in some significant way. The alteration was such that the name also changed. For example, the word guitar was a fairly straight forward term for a stringed instrument, but the invention of the electric guitar required that a new adjective be attached to guitar to distinguish the plugged version from the unplugged version. The new term is acoustic guitar, and it’s an example of a class of words called retronyms. The word locomotive lead to the retronym steam locomotive when electric and diesel locomotives came on the scene.

A retronym, as defined by the American Heritage Dictionary is: “A word or phrase created because an existing term that was once used alone needs to be distinguished from a term referring to a new development, as snail mail in contrast to e-mail.

Probably the largest collection of retronyms can be found at the website of Barry Stiefel who has cataloged 229 examples. Here are a few examples that show the variety of categories that retronyms can fall under:

Given the name of the new idea or invention, see if you can name the retronym.

Today’s Challenge:  What’s in a Retronym?
What is an example of a word that was modified in order to distinguish an old technology or idea (‘snail mail’ or ‘acoustic guitar’) from a new technology or idea (‘email’ or ‘electric guitar’)?  Select a single retronym from the list of examples below, and write a brief explanatory history of the original term and the reasons behind the need for a retronym.  Do a bit of research to find details that go beyond the obvious to provide your audience with interesting details and evidence. (Common Core Writing 2)

Quotation of the Day: This paperback is very interesting, but I find it will never replace a hardcover book – it makes a very poor doorstop.–Alfred Hitchcock

1 – Stiefel, Barry. Retronym: Aspiring To Be The World’s Largest Collection Of English Language Retronyms (229 And Counting!)