Today is the birthday of Ernest Hemingway, born in Illinois in 1899.  Like so many other American writers, Hemingway began his writing career as a journalist.  At 17 he worked as a cub reporter for the Kansas City Star. When America entered World War I, he tried to enlist but was rejected on the basis of a medical condition. He traveled to Europe anyway and became an ambulance driver for the Italian Army. He later wrote one of his best-known novels A Farewell to Arms (1929) based on his experiences in the war. 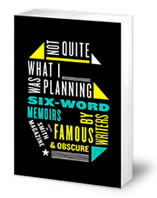 After World War I, he returned to the states, but soon was back in Europe as a journalist for the Toronto Star. Living in Paris, he met other expatriate American writers such as Ezra Pound and F. Scott Fitzgerald who encouraged him to write fiction. He took their advice, writing about his experiences as an American living in Europe in The Sun Also Rises (1926). He traveled to Spain to cover the Spanish Civil War in the 1930s, the setting of his novel For Whom the Bell Tolls (1940). He won the Pulitzer Prize for his novel The Old Man and the Sea in 1953, and the next year he was awarded the Nobel Prize for literature. Hemingway committed suicide on July 2, 1961.

Hemingway’s characters reflected his own experiences and personality. War, adventure, drinking, bull-fights, big game hunting, and fishing were his favorite topics, and, when he wasn’t writing, these were his own favorite activities.

Hemingway’s writing style is known for its clarity, simplicity, and terseness. His characters’ dialogue is straightforward and honest, except for the occasional understatement. In talking about writing, Hemingway said: “All you have to do is write one true sentence, a true simple declarative sentence” (1, 2).

One legend that reflects his penchant for clear, forceful language goes like this: Hemingway was once challenged to write a short story in only six words.  Not one to back down ever, Hemingway responded with, “For sale:  baby shoes, never worn.”  The anecdote is probably more folklore than fact; nevertheless, it inspired an online phenomenon called Six-Word Memoirs, a project of SMITH Magazine.  To date, nearly 1 million stories have been shared at sixwordmemoirs.com.

In 2008 a book of Six Word Memoirs was published called Not Quite What I Was Planning.  The book is probably the most “crowdsourced” book in history and contains the mini-memoirs of 950 contributors.  Here are a few samples:

On her birthday, my life began.  -Lisa Parrack

Today’s Challenge:  Your Memoir in Only Six Words

How would you sum up your life so far in just six words or fewer?  Write your own six-word memoirs.  Create a variety of memoirs based on different themes, such as work, school, moms, dads, technology, love, advice, and food.  For inspiration, visit sixwordmemoirs.com for more themes and more examples. (Common Core Writing 3 – Narrative)

Today’s Quotation:  Brevity is the soul of wit.  -William Shakespeare

3-Fershleiser, Rachel and Larry Smith (Editors).  Not Quite What I Was Planning:  Six-Word Memoirs by Writers Famous and Obscure.  New York:  Harper Perennial, 2008.