On this day in 2008, Will Shortz, the crossword editor of the The New York Times, delivered the commencement address at Indiana University, his alma mater. 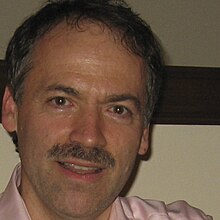 Shortz was born in 1952 in Indiana and attended Indiana University, studying Enigmatology, the study of puzzles. To earn his degree, Shortz had to persuade his professors that puzzles were a legitimate course of study. Once he got the go-ahead, he then designed his own curriculum. Completing his degree in 1974, Shortz is the only person in the world with a degree in the field.

In a 2016 interview with Forbes Magazine, Shortz talked about the importance of truly immersing yourself in the study of whatever career you chose:

The . . . thing is to know your field, whatever it is. I once had a summer research grant from Indiana University to study the history of puzzles at the Library of Congress. That’s where I found ‘The Enigma,’ the magazine of the National Puzzler’s League, and I read all the issues back to 1903. I also read every puzzle book and article there that I could get my hands on. I became a regular contributor to Dell puzzle magazines when I was 16 and never stopped making puzzles thereafter. So I think I understand the history, psychology, and nuts-and-bolts of my field better than anyone else.

Shortz’s studies did not go to waste. He is the former editor of Games magazine and the current director of the American Crossword Puzzle Tournament, which he founded in 1978. In addition to his work with The New York Times, Shortz has been heard each week on National Public Radio stations since 1987, where he is known as the Puzzle-Master (1).

Using the initials of your own first and last name, create your own version of the Will Shortz word game. (Common Core Language 4 – Knowledge of Language)

Quotation of the Day: We try to do a Shakespeare play every year, because I feel that it provides the best tool for actor training. It’s challenging in performance and language, physicality, analytical skills, and this particular one is along the serious lines, which seemed to fit the bill in terms of the kind of genre we wanted to explore. I call this the Sunday Times Crossword Puzzle for actors. –Jack Cirillo