On this day in A.D. 79, Pliny the Elder died, a casualty of the eruption of Mount Vesuvius.  Based on his thirty-seven volume work called Natural History, Pliny is known as the father of the encyclopedia.

Born in Italy in A.D. 23, Pliny was educated in Rome and served as a commander in the Roman army.  He is best known, however, for his prodigious efforts to catalog the knowledge of his age in his Natural History.  Using a plain, non-dogmatic style, Pliny covered cosmology, astronomy, zoology, botany, agriculture, medicine, and minerals.  Not only was the comprehensive coverage of his multi-volume work unprecedented, but also his citation of over 100 sources set the standard for the modern encyclopedia.  His work truly lived up to the meaning of the word encyclopedia, which means an “all-around education.”  The root cyclo is from the Greek for “circle” and paideia is from the Greek for “education.”

On the day of his death in 79 A.D., Pliny was serving as a fleet commander in the Bay of Naples.  This was the same day that the eruption of Mount Vesuvius destroyed the cities of Pompeii and Herculaneum.  Pliny might have survived; however, he went ashore to assist citizens in need and was overcome by toxic fumes from Vesuvius’ eruption (1). 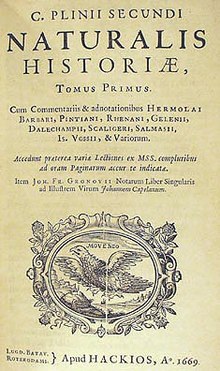 Today we experience an encyclopedia format that has evolved from book form, to compact disk form, to online form. Whatever the form, however, it still is a format that attempts to encircle all that is known from A to Z.  One fascinating adaptation made to the encyclopedia was published in 2005 by Amy Krouse Rosenthal in her book Encyclopedia of an Ordinary Life.  Departing from the traditional objective tone of general knowledge, Rosenthal adapted the encyclopedia template to reflect subjectively on the topics that have made up her life so far.  Part memoir, part autobiography, Rosenthal’s book presents her humorous, wry insights on an array of topics.

Here’s a small sample of some of the topics:

The topics Rosenthal covers are diverse.  Some are abstract and others are concrete, but each of her insights, though personal, seem to touch on something universal.  For example, Rosenthal shares her personal insight on the topic “Palindrome”:  “I am overly enamored with the palindrome: Won Ton, Not Now.”

On “Pie” she says, “There are few gestures kinder than a friend baking you a pie” (2).

What would be the topics from A to Z that you would include in the encyclopedia of your life?  Brainstorm a list of at least 26 topics; use a dictionary if you get stuck for ideas.  Then, take one of your topics and write at least 6 sentences about it, providing personal insights and/or personal experience to bring the topic alive and to help the reader see it in a new way. (Common Core Writing 2 – Expository)