Today is the birthday of Robert M. Pirsig, who received 121 rejections for his novel Zen and the Art of Motorcycle Maintenance.  Pirsig persevered.  The book he wrote in 1968 about a motorcycle trip that he and his son took from Minnesota to San Francisco was finally published in 1974.  Not only was the book published, it achieved cult status, selling more than five million copies. 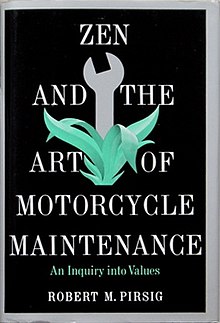 Pirsig is not the only author to experience rejection.  L. Frank Baum, author of The Wonderful Wizard of Oz, received so many rejection letters that he kept a journal called a “Record of Failure.”  J.K. Rowling received 14 rejections for her first Harry Potter book, and Stephen King received more than 30 rejections for his first novel Carrie.  In fact, King almost gave up on Carrie.  Discouraged with his lack of progress, he threw the manuscript in the garbage.  His wife retrieved it, however, and told him to keep writing.  Sometimes even the best writers need the encouragement of others.

Writing is hard work, and all writers must persevere through rejection before getting their writing published.  What’s your favorite book?  What makes it such a special book?  Write an acceptance letter to the author explaining why you love it so much and thanking the author for all of his/her hard work. (Common Core Writing 2 – Expository)