Today is Memento Mori, a day to remember our mortality.  In Latin memento mori translates, “remember that you must die.”  The Latin phrase was put to use in ancient Rome to prevent leaders from falling prey to hubris.  When a Roman general was paraded through the streets after a victorious battle, a slave was strategically placed behind the general in his chariot.  As the general basked in the cheers of the crowd, the slave’s job was to whisper in the general’s ear:  “Memento mori” or “Someday you will die” (1). 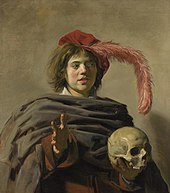 Memento Mori is not just for Roman generals however.  After he was diagnosed with pancreatic cancer in 2003, Apple Founder Steve Jobs gave a moving commencement address at Stanford University, reminding graduates that facing our mortality is no morbid exercise; instead, it is motivating:

When I was 17, I read a quote that went something like: “If you live each day as if it was your last, someday you’ll most certainly be right.” It made an impression on me, and since then, for the past 33 years, I have looked in the mirror every morning and asked myself: “If today were the last day of my life, would I want to do what I am about to do today?” And whenever the answer has been “No” for too many days in a row, I know I need to change something.

Remembering that I’ll be dead soon is the most important tool I’ve ever encountered to help me make the big choices in life. Because almost everything — all external expectations, all pride, all fear of embarrassment or failure – these things just fall away in the face of death, leaving only what is truly important. Remembering that you are going to die is the best way I know to avoid the trap of thinking you have something to lose. You are already naked. There is no reason not to follow your heart.  (2)

As Steve Jobs reminds us, people may die but their words live on; the same is true of languages, especially the Latin language.

Because of the great influence of the Roman Empire, Latin was the primary language of education in the West from the Middle Ages until the mid-20th Century.  The major works of science, law, history, religion, and philosophy were all written in Latin; therefore, for over a thousand years, proficiency in Latin was a must for any classically educated person.

Today the English language has replaced Latin as the lingua franca, and many view Latin as just another dead language.  Nevertheless, the residue of Latin’s past influence is very much alive in English words with Latin roots as well as many legal, literary, and scientific terms.  For example, common words like dictionary, vocabulary, description, and civilization all derive from Latin.

Today’s Challenge:  Latin’s Not Dead Yet

What Latin phrase, expression, or motto might you use as the central focus of a commencement address?  Research the English translations of the Latin expressions listed below.  Select one, and like Steve Jobs did with memento mori, use the expression as a central theme for a brief motivational commencement address.

Quotation of the Day:

I hold your doctrine of Memento Mori.
And were an epitaph to be my story
I’d have a short one ready for my own.
I would have written of me on my stone:
I had a lover’s quarrel with the world.
-Robert Frost